– Photo by the CW

Let’s start with a fact: I expected there to be death in the final season of The 100. After all, this show has killed many of its main characters off. Finn, Kane, Abby, Jasper, Lincoln, Lexa — and those are just the first ones that come to mind. There were many more major and minor characters that have lost their lives in this series, and even more in the wars and Mount Weather of it all. So I expected this season to be a bloodbath.

The problem I’m seeing with this season is that the deaths and destruction that’s happening are being shoved in an overcomplicated plot and they’re simply not done well. I’ve already made the case why Bellamy’s death was a problem. Last week, we lost Gabriel. (His death, fighting to save Madi, would normally have been fine until the last moments where he refused medical help, claiming it was his time. Ok, it might have been his time, but maybe let the doctor examine you first, just in case he can stitch you up and you’d be fine, rather than choosing to bleed out.)

And now, let’s look at Madi. Technically, Madi isn’t dead…yet? She’s still alive, but essentially living in a shell of herself, unable to move. Her consciousness is there — she can see, she can hear — but she can’t do anything else. It’s horrific. But is it…necessary?

Let’s take a look at this. We certainly can’t say that this is unfair because she’s a child. After all, this is the show that, in its first season, had a child kill Wells and then throw herself off a cliff to avoid being killed by an angry mob. Even children aren’t safe in the world(s) of The 100. So putting Madi in peril is only fair game. Even adding her name to the list as a loss. It’s heartbreaking, but in this show, you can’t be entirely surprised.

And having Clarke walk into that room, being too late, and seeing that Madi had lost her life fighting Cadogan would have been an enormous loss for Clarke, the team, and the viewers. It’d be even more upsetting to realize after the fact that Cadogan had gotten what he wanted and killed her in the process. Whatever they’re aiming to do with Clarke in this final season would have easily been pushed forward having walked in on Madi in that state.

But the events that actually unfolded were much worse. Madi was alive and conscious, but her mind was essentially cut off from her body. She couldn’t function. And upon hearing that it couldn’t be fixed, Clarke immediately felt that she needed to put Madi out of her misery — at which point, Octavia took the weapon to do the job. It was a mercy kill. They were only stopped when they realized that Cadogan got what he wanted and they needed to turn their attention to the Final War.

So not only was this turn unnecessary (see above: Clarke would’ve had just as much heartbreak if she found her dead), but it was completely cruel. It was added in simply for shock value: Imagine the worst thing you could imagine Clarke had to do, something worse than killing her own mother or Bellamy. Yep, you’ve got it. Shoot her own daughter.

The other thing here is that the reaction was completely out of character. Yes, Clarke is familiar with the mercy kill, all the way back to season one. But this is her daughter. You expect me to believe that she’d just be like, “Ok, can’t be fixed, gotta die now.” She’d be screaming, desperately trying to find a way to put Madi back together (so to speak). She’d be going through screen after screen to find a way to scientifically connect Madi’s brain back to her body. There’d be nothing stopping Clarke from trying. In fact, I could almost see her pulling a gun on poor Levitt in a desperate attempt to have him fix her before turning it on Madi as a mercy kill.

And even after all that, they just leave her with a  quick “I’ll be back.” You’ll be back? For what? You were just about to kill her, so either now she’s still in the personal hell you were trying to save her from through a mercy kill until you return, or she’s waiting for you to come back to kill her. Either way, it’s no surprise we saw a tear falling down Madi’s face.

Overall, it was just a distasteful choice, especially for a young character — a child— on the show. Of course, we won’t know for sure what her fate is until next week (since she’s still alive, I can only hope this means they’ll save her somehow, but who knows). Sure, children are just as at risk in the world(s) of The 100. But to put them through situations like that, simply for a bigger reaction from the viewers, just to say that they did something big near the finale? Well, that’s just an ugly mistreatment of a character.

I’ve been thinking a lot about The 100. Which is no surprise. It’s the final season, and after last Wednesday’s episode, I was left reeling. (SPOILER ALERT: This post contains spoilers from the episode “Blood Giant.”)

If I’m being honest, this season has been more than a little hard to follow. There’s been so much going on: Sheidheda, The Shepard and his disciples, the last war, civil war on Sanctum… It’s a lot to take in, and with every episode skipping around to different people, planets, and moons, keeping track of the intricacies of the plot is difficult.

Possibly the most intricate is that of Bill Cadogan (“The Shepard”) and his last war. It’s a war with some sort of…being? Disease? Alien? We’re not quite sure, but it turns your body into crystals. But looking more closely, it may not be a war at all but a test. Either way, it’s very unclear what the event is, what needs to be done, and whether it is actually good or bad. All we know is that the Flame is the key to help them start this war, and whatever they are doing is “for all mankind.”

But making this “war” so mysterious is problematic. We’re just to assume that Cadogan is the bad guy—and he very well might be. But when Bellamy has a vision quest and moves to his side, it doesn’t make much sense.

I believe that Bellamy was convinced. He saw the beings of light in the cave and was able to speak to his dead mother. But we also know how easily Bellamy is swayed. Think of his siding with Pike in season three (ugh). Without a fuller idea of the goodness behind the plan, it leads me to question his alliances, which is exactly what Clarke and the rest of the team do.

What The 100 has always done well are moral dilemmas. What made Clarke and Bellamy’s decision to kill everyone in Mount Weather so indescribably heart wrenching was they understood everything they were fighting against and what they were ultimately doing. They knew Mount Weather was full of good people, but their leader was threatening their people, so they made that choice. Similarly, when Clarke pulled everyone out of the AI afterlife of sorts, she understood what she was doing. Her people could live a life of happiness in this digital universe—heck, she walked past Jasper happy with ice cream. They’d never die. But she decided right and wrong with that knowledge and pulled them out.

But here, she doesn’t know what this war/test/whatever it is will really mean. Instead, she’d protecting Madi. Ok, I get that. But they’ve essentially made Madi into what Dawn was to season 5 of Buffy: She’s a mythical “key,” now that the Flame is gone, that can cause the last war. Clarke, in essence, became the person who will do anything to protect Madi, without considering anything else. Yes, we’ve seen her like this before, but when Bellamy’s at the other end of the gun, it suddenly makes you realize that this isn’t quite as considered as seasons past.

For those who are watching, you know what happens. Clarke kills Bellamy, and she’s still unable to get her hands on the sketchbook that caused the conflict in the first place. (Jason Rothenberg, the show’s creator, of course choose that twist for a reason.)

It was a poor ending, in my view, for Bellamy. Bellamy had already been in very little of the season (from what I read, that was a choice by Bob Morley, the actor who plays Bellamy), and without fully understanding Cadogan’s plan, it just felt wrong for the character. You could essentially put any of our well-loved characters in Bellamy’s shoes, and it still would’ve worked for the plot. Instead, we chose Bellamy, in part because he’s such a favorite of the fans and the team. It felt like a poor choice. Bellamy could have died in many ways in the final season of the show, but this didn’t seem in line with the characters, nor did the stakes feel quite high enough. If Bellamy had Madi in his grasp or had ordered the soldiers to get her, maybe. But with only the sketchbook? I’m not sure.

What this does do, though, is cause much tension in the next three episodes. The team we’ve followed all these years will never be the same. I found it interesting that they put the absolutely beautiful scene where Clarke, Murphy, and Emori comfort a crying Raven in the same episode that Clarke killed Bellamy. It’s a strong reminder of who all these people are to each other—and they never will be again. There’s no way anyone will look at Clarke the same way, and I certainly envision Echo going off the rails in murderous rage after finding out. The rest of the group, I’m sure, will break apart, and Octavia (an underutilized actor this season, by the way), I don’t know, but it can’t be good.

And while that does raise the stakes and conflict for the final three episodes, it also adds a lot to close up in the final three episodes. And I suppose Bellamy’s death felt less about Bellamy and his character’s development—or even Clarke’s—and more about adding a device to splinter the group. And that just doesn’t feel fair to someone who has been such a strong presence in the show since episode one.

In Defense of Not-So-Great TV 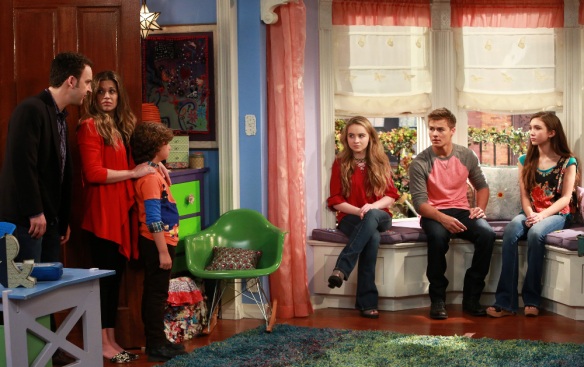 Supernatural: Some Early Thoughts from a Newbie Binge Watcher 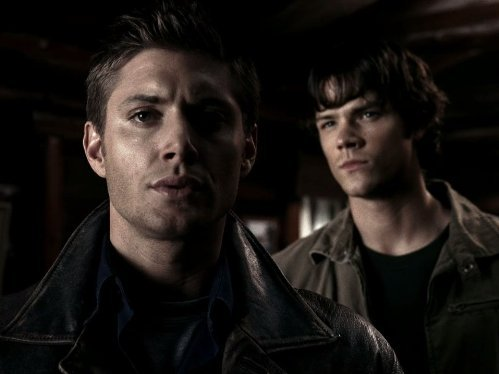